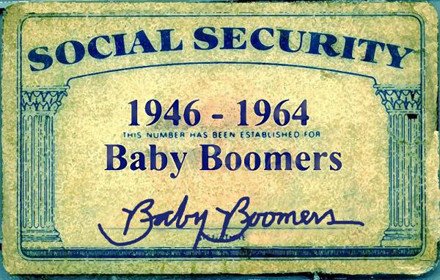 Previously I reposted the Generation Y infographic. This time is an infographic referring to our Baby Boomers Generation. Most of us today if we’re not one of them, the Baby Boomers could be our parents or grandparents at least, though the infographic below was narrowed down to the Americans, it could still be applicable to the first world consumers or the western way of living among the Baby Boomers alike. Tell us, does your baby boomer shop a lot according to the infographic? What do they buy often?

How are Baby Boomers defined by netlingo.com?

“a.k.a. Generation Jones – A baby boomer is a person who was born during the demographic Post-World War II “baby boom” between 1946 – 1964. Coined by Landon Jones, in his book Great Expectations: America and the Baby Boom Generation, baby boomers are associated with a rejection or redefinition of traditional values (or those of the “traditionalists” the generation before them). As a group, they were the healthiest and wealthiest generation to that time, and amongst the first to grow up genuinely expecting the world to improve with time. A main feature of boomers is that they tend to think of themselves as a special generation. The baby boom has been described variously as a “shockwave” and as “the pig in the python.” By the sheer force of its numbers, the boomers were a demographic bulge which remodeled society as it passed through it. The term Generation Jones was used by Jonathan Pontell to distinguish those born from 1954 onward from the earlier baby boomers.”

I found your blog very interesting, i found it on Google!